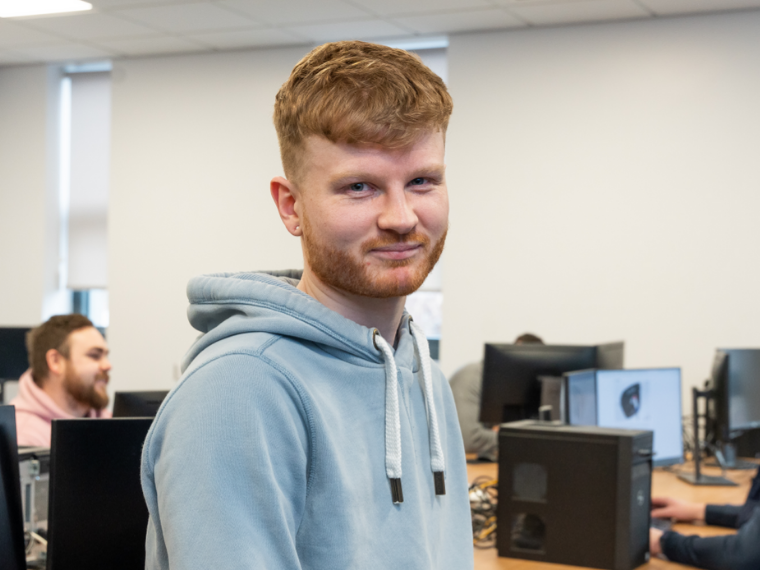 As part of National Apprenticeship Week, a University Centre Rotherham student has achieved great success after winning the Apprentice of the Year award for Engineering.

Joseph Wilcock is a student on the Higher National Diploma (HND) whilst working with CEPAC, after completing his HNC course which followed on from his Level 3 apprenticeship.

CEPAC offered Joseph the chance to develop his expertise in engineering by enrolling him on the HND programme, which enhanced his skills in areas relevant to his cutting-edge work, such as maths and industrial power.

Since starting the HND, Joseph has continued to show hard work and determination which has led to him winning the Apprentice of the Year award for engineering. He stated that Higher Education has welcomed many new opportunities for him due to his new skill set.

He said: ‘’Being awarded apprentice of the year for engineering is a fantastic achievement for me, and I know my colleagues at CEPAC are really proud. Coming to University Centre Rotherham has allowed me to be able to access different roles within engineering, so that my career can progress.

‘’Completing my HNC and then going on to study my HND has enabled me to learn new skills which I can use at CEPAC, which is due to the tutor’s industry-based knowledge and supportive teaching.

‘’University Centre Rotherham has certainly helped me to develop within my career.’’

Andrew Jordan, Curriculum Team Leader for Engineering, oversees the Higher Education programmes at University Centre Rotherham. He spoke about how progressing within your education can also help you progress within your career.

He said: ‘’Joseph graduated from his Level 3 apprenticeship, which provided him with a fantastic skill set to start his career. But, CEPAC enrolled him on to our higher education programs for a reason – they develop your skill set to the highest level.

‘’Having an HNC or HND qualification can open up many more opportunities for young or old engineers, and is a great way to help you climb up the career ladder.

‘’It is never too late to decide you want to develop your skill set.’’

To find out more about our higher education engineering courses, click here.